A Glimpse at Big Kid's Future

Big Kid walked up to me the other day and said, "Mom, when I grow up I'm going to be a comic stripper."

He looked mildly uncomfortable. "Uh, by 'comic stripper', I mean a guy who draws comic books...not someone who takes the clothes off of comic characters or anything."


A Tender Moment with Little Kid

"little kid, you have a big, big, sweet heart, you know that?" I said, feeling full of love for him.

Email ThisBlogThis!Share to TwitterShare to FacebookShare to Pinterest
Labels: back from vaca and too lazy to blog about it 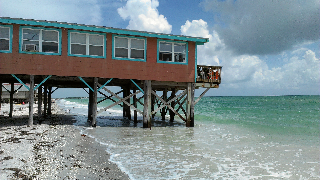 Email ThisBlogThis!Share to TwitterShare to FacebookShare to Pinterest
Labels: WiFi sucks but I will be ok

I didn't mean to leave you all to dwell on such a depressing post for a week and a half, but it was annual buy-a-new-laptop-cord time because apparently it is impossible to construct a power cord that can last longer than a year. We can build robots that can do surgery, but we can't reinforce an AC adapter, no way.

Anyway, I was accidentally watching the news on Tuesday night when they mentioned that President Obama would be near our area and that free tickets would be available the next day. I didn't have anything going on  for either day and decided it would be cool for the kids to see a sitting President speak.

And then I was up all night worried about waiting and the potential chaos of this endeavor with kids. Particularly because I was watching an extra kid (Emily) for ticket-waiting day. But I did it. I rounded up the three kids, some snacks, and Bananagrams, and plopped my chair down and waited two hours alone with 3 kids to get tickets.

The kids were really good and the waiting in line was an interesting experience. Everyone bonded over the hours we spent waiting. A 900 year old lady (who I am 99% sure cut in line) gave two young black men an hour and a half lecture on the difference between democrats here and NY democrats. Their discomfort was palpable at the beginning but by the end the 3 of them were laughing like old friends.

The two ladies next to me confessed that they were there because they were under the impression that there was a radio promotion for Cirque du Soleil tickets going on. This took hours and many odd conversations to discover, in which I thought they really, really loved Cirque du Soleil and they thought there was a bizarrely high percentage of Obama fans wanting free Cirque tickets. One of the ladies was a complete riot and I suspect she had tricked her friend into attending but I'm not positive about that, because she did seem really disappointed about no Cirque tickets but also excited about seeing the president.

But anyway, we got tickets.

And then I was up all night worried about parking and whether or not taking 3 kids to a freaking political rally in a strange city all by myself was completely insane.

But after traffic and parking issues as confusing and chaotic as one would expect, and almost peeing my pants, we made it to the line to get in. The very, very long line.

I've got to say that these kids were amazing. It was so hot, the line was so long, we couldn't bring personal items or liquid so it wasn't all that comfortable, but they were psyched.

The whole thing was fairly boring, until we finally got the entrance and there were tea party protesters dressed like tea partiers (the colonial ones, tights and all) screaming at us through bull horns. The kids were baffled and I explained public protest and the things they yelled about. Our area was relatively calm, with short bursts of "4 more years" to drown out the screaming from the other side but mostly not very riled up and watching with quiet amusement. Suddenly, a really pretty, formerly quiet young lady in a starched shirt and pencil skirt from our side of the barrier stood on the edge in her high heels, leaned over and screamed "SHOW US THE TAX RETURNS!" at them. Her voice boomed out over thousands of people, her long hair blowing in the wind--I turned and looked at the kids and their jaws were on the floor as the adults around them laughed and the bullhorn holders started up with vehemence. It was all quite a scene.

We finally got to the front doors and they stopped us. People near us in line were saying they were getting texts that the rally was canceled due to a shooting. Volunteers and security were nervously conferring and eyeing the line of at least a thousand ticket holders still wrapping around the block. Then they opened the door and waved us in along with 20 others, hurried us through security and closed the auditorium doors behind us as the pledge of allegiance began.

That's when I noticed my car keys must have been left on the security counter. I considered going back but knew I'd never get back in. And then the president walked out, less than 200 feet away from me. He spoke about the Colorado shootings and about how he was putting politics on hold to honor the victims and families and we prayed. It was dark and calm and surprisingly quiet, a stark change from our crazy morning. It was over within 7 minutes.

The kids were disappointed that they couldn't see anything (Big Kid watched on other people's camera LCD screens) and that it had been shortened but I pointed out that they got to pray with the President of the United States in a pretty smallish room and not many people can say they've done that.

It was difficult that our happy, exciting event was so entwined with such a horrific, depressing tragedy but I do feel really fortunate that we were able to hear the president speak and that I was actually capable of taking the kids to do that.

And that I later found my car keys.

Tomorrow I leave for vacation on an island with no cars, restaurants, or stores in a house that is on stilts over the Gulf of Mexico. I also still have to share pictures of my last vacation and tell you what I thought about Magic Mike, so let's hope the wifi is good.

Email ThisBlogThis!Share to TwitterShare to FacebookShare to Pinterest
Labels: praying with the president and the day I won mom of the year

Warning: No funny ahead

Yesterday we left vacation two days early, drove six hours home, unloaded the back of our SUV, loaded our sweet 12 year old German Shepherd into the back, walked into the vet's office with Mr. Ashley carrying her in his arms, sat in a small sterile room, and said goodbye to our friend and family member of 12 years and what feels like a million lifetimes. I kept my hand on her heart until it stopped beating and walked out with no dog and one less personality in our little home.

And then we picked up the kids and drove home with Big Kid sobbing and little kid chattering about getting a new dog or whittling wood in her honor (a prohibited hobby he's been wanting to take up for a week now).

And then we walked into our emptier home and little kid burst into tears and sobbed for an hour, clinging to me and repeating "I miss her" 400 times, while Big Kid researched "Heaven", "Dog Heaven", and "Happy dogs" on wikipedia and google.

And I sat there and didn't cry, sort of shell shocked and unbelieving, and keeping it together everywhere but the bathroom where I sobbed in short, quiet bursts so as not to get the kids riled up again.

I keep seeing us, from a third person perspective, walking out with no dog. Walking in with our dog and out without her. Or the tableau from the perspective of the loud, annoying lady customer who peered in when the door flashed open, at us sitting on the floor red-eyed and wet-faced with our sleeping but not yet gone friend. I see a tuft of dog hair or think of letting the dogs out and my breath catches in my lungs and I suffocate in sadness for a moment.

I sit and watch cartoons and video games and revisit these images and will myself not to cry as my heart literally aches and my insides squeeze and I just can't believe that happened, I was so tired it feels like maybe it wasn't real. But it was really, really real. And despite my will not to cry, my eyes just seep on their own, my face suddenly warm and wet, it feels like out of nowhere.

It's sad and it sucks. To put it lightly.

Big Kid never wants another pet again so it can't die (this is why little kid has a fish and he doesn't, he's had this theory for a while) and while I was shocked to hear that reasoning at first, I get it right now. It's just so freaking sad.

She was such a good, happy girl, with such a sweet heart, it's not fair her body stopped cooperating before everything else did.

If everyone had a soul like this, we would have world peace: 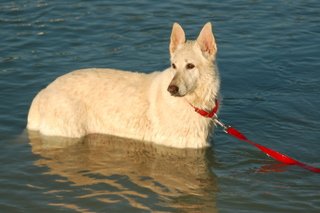 Email ThisBlogThis!Share to TwitterShare to FacebookShare to Pinterest
Labels: lily

I'm on vacation. With the slowest WiFi ever.
That's okay, though.