The Search for Happiness

Sunday was my 37th birthday.

I spent the entire day in bed with unbrushed hair and no pants, feeling fuzzy and warm inside from an abundance of both Facebook birthday wishes and Nyquil, alternating between shivering, arguing with Mr. Ashley that I had broken a rib coughing, and watching Netflix for about 8 hours straight.

Pretty much the perfect day.

Although it was my 7th day of flu-monia-bola (self-diagnosed) it was one of the first where I got to be the only sick person in the house. As a mom, being sick without having to take care of other sick people is as rare as the super blood moon lunar eclipse that happened that night. People did stuff for me and cleaned up after me and brought me things. It was like my birthday. And it was my birthday! The stars aligned.

I watched Hector and the Search for Happiness on Netflix, a title I almost scrolled past until remembering a book review with a similar title that was on my "to read" list. Since my reading list isn't getting any shorter I thought it might be nice to cross this one off with a movie instead -- and I can't tell you how glad I am that I saw this, and that I saw it when I did. It was exactly what I needed. It's a quietly sweet and moving story, just quirky enough to be captivating without becoming a distraction. It was lovely. 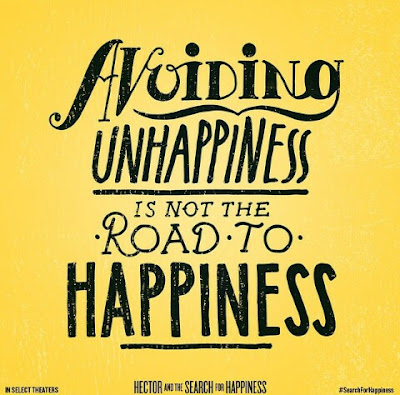 "Avoiding unhappiness is not the road to happiness."

It was just what I needed. I liked that line so much that I texted it to myself so I wouldn't forget it. There were a million striking little moments like that; I felt like I should be taking notes.

And now I've got to read the book right away. Life has been so busy that I feel like I don't have one spare moment in the world to do so, but I must.

Sometimes it seems like the universe is telling me that the key to happiness is to go eat/pray/love my way around the world while hiding from everyone and everything who annoys me but I will admit that maybe I have to listen a little harder to the universe on that one. I might have misheard.

Sometimes the universe also urges me to take more cough medicine, too, though, so maybe it's a bad influence.

Later the boys snuggled me and we watched Mickey and the Beanstalk and no one wrestled or argued. Even my cat was nice to me and he's a sassy little jerk. The stars aligned indeed.

It really was a great day. 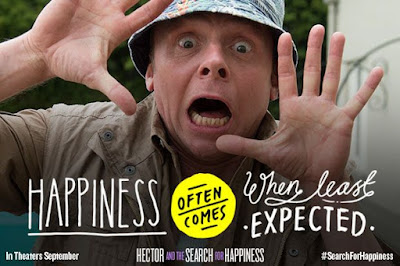 So stay tuned for my upcoming mid-life crisis -- I'm trying to narrow it down between running away or staying in bed. Money is unfortunately a factor in both decisions so let's hope the universe gets shit figured out soon.

(I am a member of the Netflix Stream Team but was not compensated for this post or asked to watch this movie. We're just friends, okay? I mean, if they wanted to be more than friends, I would be open to that, especially in light of this mid-life crisis thing but for now this post is uninfluenced by our relationship. I'm not above selling out, I just haven't yet.)

Email ThisBlogThis!Share to TwitterShare to FacebookShare to Pinterest
Labels: #StreamTeam, Nyquil and #Netflix are my homies

I am insanely jealous about the no pants wearing / unbrushed hair thing. Gotta be honest, it's a huge goal of mine. Only without the Ebola/SARS deal you have going on. Vitamin C and green tea. with a shot of fireball in the cup. Trust me :)

And thank you for the photo - YES! a thousand times, YES! Life does not have to be homogenized for it to be beautiful. Life is flawed and unpleasant and hard at times, but it makes all those wonderful moments so much more clear and vibrant. Unhappiness is not the end of the rainbow, it is the beginning.

Glad you had a happy birthday

I watched the Hector movie but only because I love Simon Pegg. (I spelled that right, didn't I?) I loved it! What a perfect way to spend the day.