Harold Hubert Piggybottom has been busy around our house! Big Kid thinks he's not as much fun as he was last year but I pointed out that Harold is older, more mature, and may be running out of ideas. Maybe he doesn't want to be a messy troublemaker anymore, hmmmm? Maybe he's tired?

I'm tired, I could see how he would be worn out.

Anyway, here are some of Harold's antics: 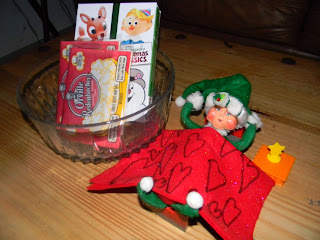 Harold made himself a Lego bed and covered himself with a piece of felt little kid drew on earlier in the day and brought some popcorn and Christmas DVDs. Nice! (if you look all the way to the right, you'll see where little kid wrote his name on my coffee table. He insists he didn't. Someone also wrote "dad" at the same time, so Mr. Ashley is also a suspect.) 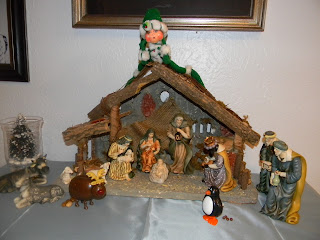 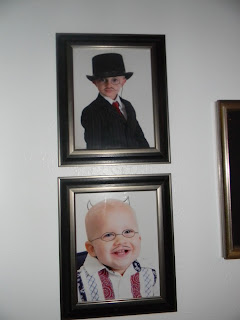 Harold brought wind-up pooping animal toys into our manger scene. On this same night, he drew on the kids' photos. I was really upset until I realized he used dry erase markers and I do think poop jokes (especially around the baby Jesus) are inappropriate, but I eventually decided the photo graffiti was funny. The kids were upset and offended over their mustaches and demanded I erase them. There was even talk of requesting a new elf next year because that was just so wrong. Naughty. 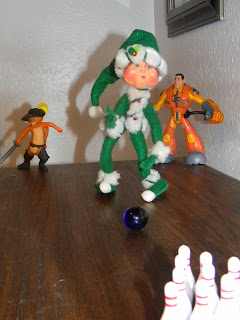 Harold bowled with friends. The kids were amused by the tiny bowling set. Nice! 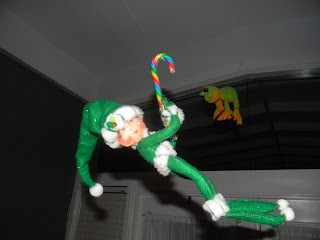 Harold zip-lined through the house. Kind of annoying because I was almost decapitated by his zip-line more than once, and I'll need a ladder to get the tack out of the window sill. But mostly nice. 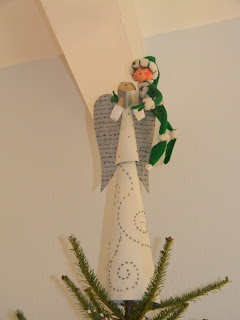 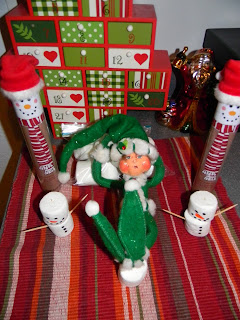 Harold brought hot chocolate and made marshmallow snowmen. Everyone liked this! Nice! 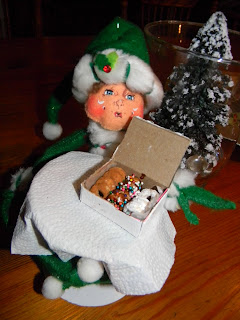 Harold brought little bitty donuts!! How amazing and adorable of him! little kid insisted on eating one even though I pointed out that maybe elves have germs or maybe the donuts are stale, but he said they tasted like donuts. Nice! 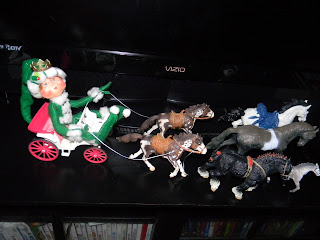 Harold went on a sleigh ride. He's also wearing a crown, not sure what's up with that. Nice.

And then, after a big search for Harold, we found him in the freezer with another little elf!: 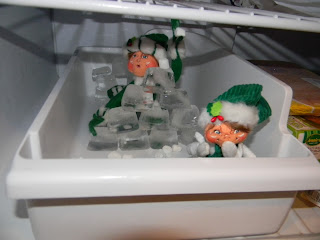 We were super confused about the new elf and I was irritated they used all of the ice cubes because I don't have an ice maker. It's like living in a third world country. They also threw little marshmallows around and all of my ice tasted sweet. I say naughty, but the kids voted nice.

They seemed to be friends because they had a campfire the next night: 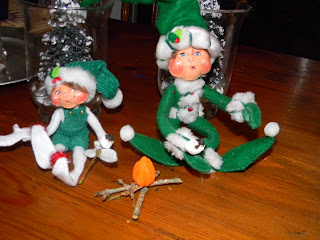 They even roasted marshmallows. (Elves seem to love marshmallows.) Nice!
We still didn't know who the little elf was, but the little punk helped toilet paper our tree the next night: 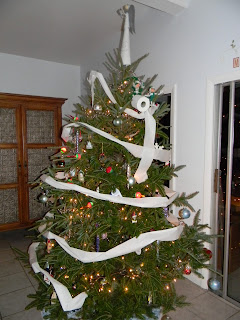 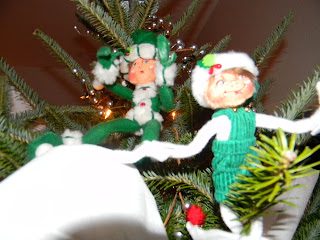 Naughty! And a waste of toilet paper, which is a precious commodity around here.  It looks like Harold is throwing up gang signs at us. What's his problem? 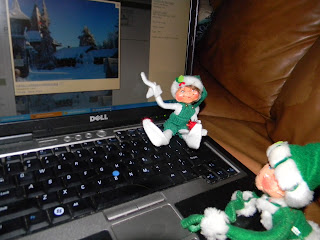 The next night they were on my computer. I don't really like people (or elves) on my computer. They had googled some pictures of santa's village, reindeer, and elves. They also left a video for Big Kid, which was a huge relief because Big Kid had himself absolutely convinced that he was on the bad list (which is clearly completely irrational because I can't even think of the last time he was in trouble). There was a video from Santa and they ran his name through the nice/naughty machine and he came out nice. I cannot even begin to describe the visible joy and relief on Big Kid's face. Poor guy. Nice.

And now we're back down to one elf. Em was over the other night and saw our elves and although she had her game face on and didn't cry or pout or show any visible signs of distress, I could tell she was a little sad not to have an elf of her own. I mentioned this to the boys the next day and said her family hadn't managed to get signed up for the elf program and that I planned to help them next year but felt a little guilty that we had 2 elves and she didn't have one. Before I could even finish, they both simultaneously said, "Let's give her one of ours!" without as much as a second thought. So we dropped our new mystery elf on her doorstep and they never wavered in their decision. I was proud of them for it and it left me feeling Christmas-y.

She ended up getting a letter from the North Pole explaining that there had been a mix-up because she was staying at our house during the time of the elf placement census and her elf's name is Jakob Jingle Giggleglitter. She had suggested we name the little mystery elf Jake, so it's even more magical that it ended up being his actual name! Christmas magic! Nice!
Posted by Unknown

I love your elf's shenanigans. He's crazy. Where on earth do you find the mini stuff that he plays with?

Awww...you are such a good mom! They'll remember that elf magic all their lives! I can barely manage to bake cookies every year - still haven't done it this year - so I'm definitely jealous. My girls are 12 and 9. Probably a little too late to start with an elf now, huh?

Lisalu - It's never too late! My sister's son is 19 and when we travel to their house for Christmas, he can't wait for Cutie the Elf to show up. He follows us from Colorado to Ohio!

As much as this little elf scares the bejeesus out of me, I'm glad to see he's still around ;)

Also, I think it's adorable that your boys gave up their extra elf.

I asked Em's mom first. But you sound like a lot of fun.

Tara, read your comment on my phone and forgot to reply. I don't know where Harold gets his things, some of it looks like little items you find up near the cash registers sometimes, some looks like those japanese erasers that were popular last year and the donuts allegedly tasted like cheerios, from what I understand. So who knows what the crazy elf is up to!

Love your elf stories! You are so clever. I keep checking back hoping for updates!

adorable! And how sweet that they gave their mystery elf away to someone who needed one.