Good news!! Someone wants to give you guys something!

Actually, people want to give you things frequently. But I don't know if you like giveaways and all of the emails and proposals are overwhelming (and some of them are obnoxious--some day I'm going to start giving PR people my log-in info and tell them to manage my email for a day and then they will understand that I'm not just a lazy jerk, even though I am a lazy jerk, but that it is just impossible to even keep up with replying, little less writing posts about each of them.)

But Ashley from The Tiny Farm Co. and I became friends on Instagram and I really liked her. She seems like she's into this whole being a good parent thing and homemade/do-it-yourself craftiness but also still a normal person who manages not to be all EVERYONE, LOOK AT ME BEING A GOOD PARENT AND MAKING COOL STUFF about it, which I appreciate. It's like she just really enjoys what she's up to in life, and those are my favorite kind of people.

Anyway, she is living a sweet little farm life and makes all natural soap, lip balm and other stuff. She asked if she could send me a sample and I said yes because at least you can always use soap, unlike the book of vagina photos someone pitched to me earlier this year.

This soap smells so incredibly good, though. At my yoga studio job, we're not supposed to smell like anything (good or bad) and it leaves me smelling so clean and citrus-y, with a hint of the good type of earthiness, that I feel guilty about it. I love it.

She also sent lip balm and I happen to be a lip balm/gloss connoisseur. I hate when it's sticky or feels thick, and Tiny Farm Co's glides on smoothly and just feels nice and moisturizing instead of like a thin film of questionable substances sitting on top of my lips. I keep it in my purse and use it nine million times a day.

And now you get some too! A lot, actually, because The Tiny Farm Co. is offering you two combo sets--one to keep and one to give! Or if you are a not-as-great friend like me, two to keep! So, one grand prize winner will win two packs of The Tiny Farm Co.'s new combos and two lip balms. 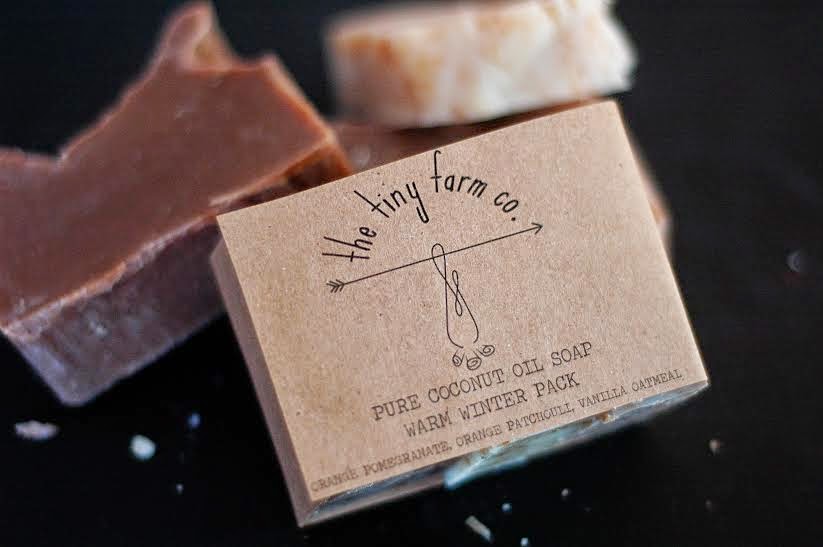 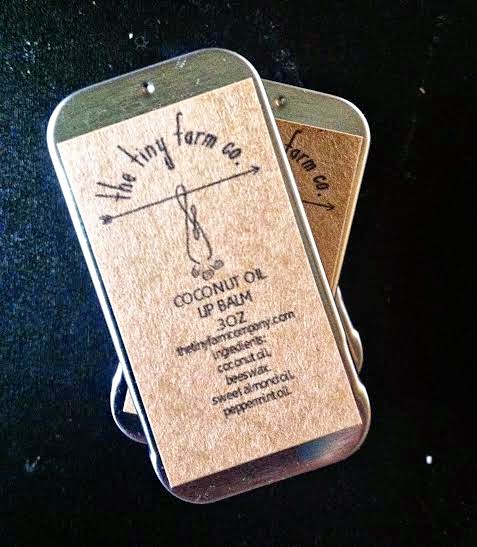 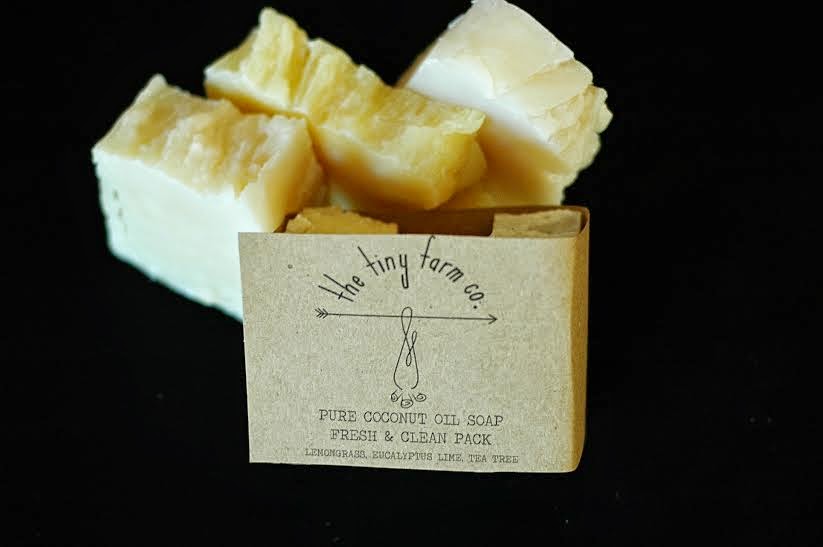 Trust me, you're going to wonder if you're getting old and boring to be this excited about soap. When I began to suspect that my husband was using mine, I hid it behind a barrier of shampoo bottles so he couldn't.

a Rafflecopter giveaway Enter through the rafflecopter widget above. Contest ends Tuesday, December 2nd at midnight and winner will be announced here then.
Posted by Ashley

Email ThisBlogThis!Share to TwitterShare to FacebookShare to Pinterest
Labels: giveaway, Handmade natural soap and other deliciousness, The Tiny Farm Co

I will most likely forget to go to Facebook (at work right now) but I would love new soap. I swear even Dove has gotten to where it makes me itch and is too drying!

I got all excited thinking this was about tiny farm animals... I guess yummy soap is the next best thing! :)

Love your reading your blog. I can't believe how often you say the things I am thinking. Thanks!

I love the smell of soap.. I actually grind up Irish Spring to mix with my homemade laundry powder.. It smells so fresh an clean

lemongrass *drool* My most favorite smell ever.

Both of those packs sound amazing!

I have slowly been switching to all-natural products and would love to win these! Thank you!

I don't have a Facebook so I'm entering this way. And also I like that you like comments. Yay for the Tiny Farm Co.! The end :)

I'd love to win this! What a perfect Christmas gift!

YAY I'm so excited about this giveaway!

I was just reading all about tiny houses, so when I clicked over to your blog and saw the Tiny Farm giveaway, it seemed like too perfect a coincidence to not enter! I hope I win!

Thank you, Ashley and the Tiny Farm Co!

I would love to win!

Looking forward to checking out their facebook page. I love supporting small businesses :-)

Dying to try the lip balms!

I hope I win the soap! They sound lovely!
Digicats {at} Sbcglobal {dot} Net

I've been really into soap just recently; I hope that doesn't mean I'm getting old either!

I AM excited about this soap and I KNOW I'm getting old.

These sound like just what I've been wanting to try. I need something for my dry winter skin. Thanks for the giveaway and for being a fantastic blogger. I love your stories!

Hoping you have a lovely holiday season! Thanks for the giveaway :)

I'm cracking up at the book that was offered to you and I agree, these lovely handmade items are a much better choice.