What Would Amy Winehouse Do? 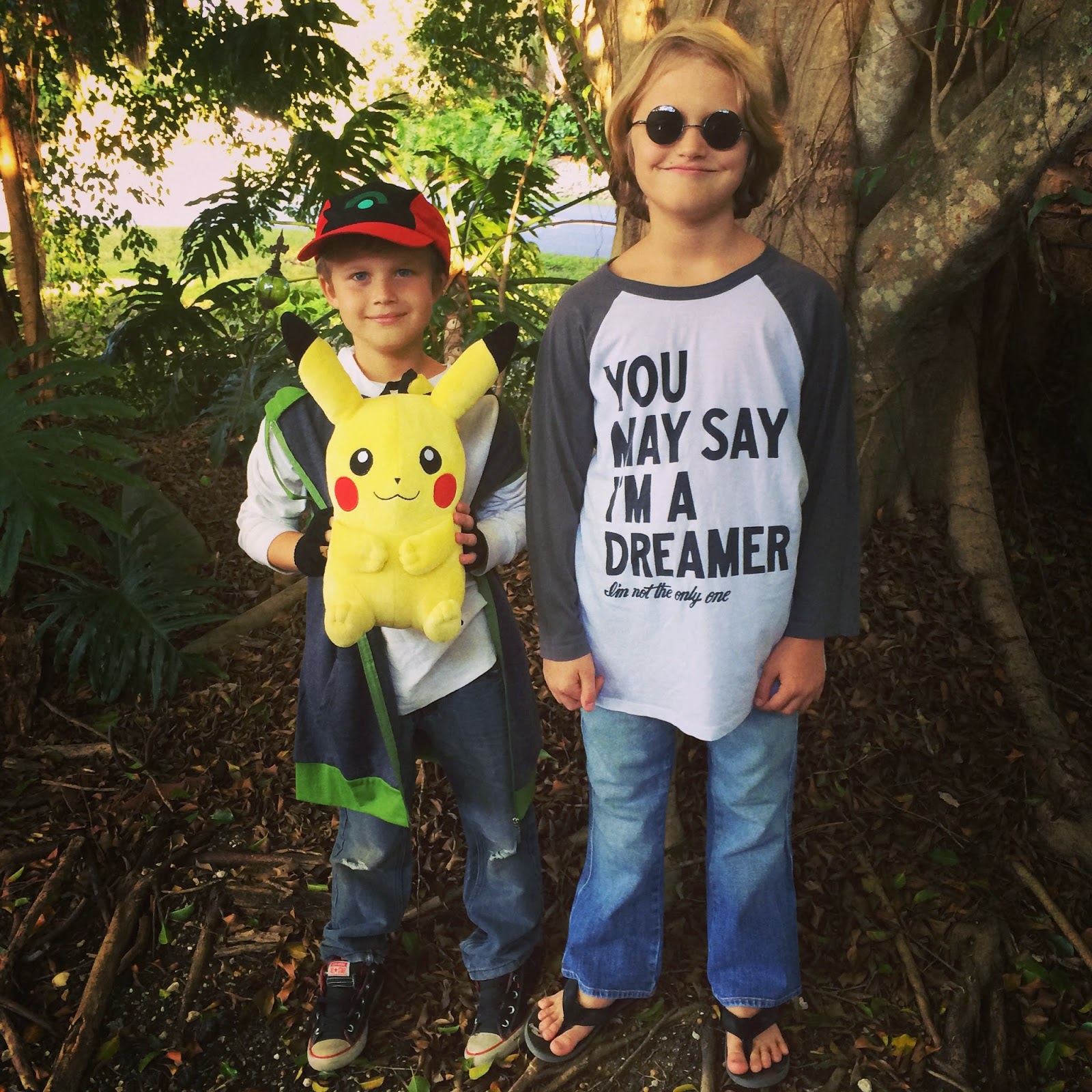 So even though they flat-out refused to be Forrest Gump and Lieutenant Dan so I could be Jenny, Halloween turned out okay-ish after all. little kid was Ash the Pokemon trainer and Big Kid was John Lennon, which was an okay consolation prize after my Forrest Gump dreams were dashed.

Max and I dressed as Dorothy and Toto and sat on the couch pretending kids would come and we would give them candy, while the boys ditched us to trick or treat with the neighbors and their huge group of kids. Kids didn't come, I just ate a ton of candy.

Then I went to an adult Halloween party as Amy Winehouse. 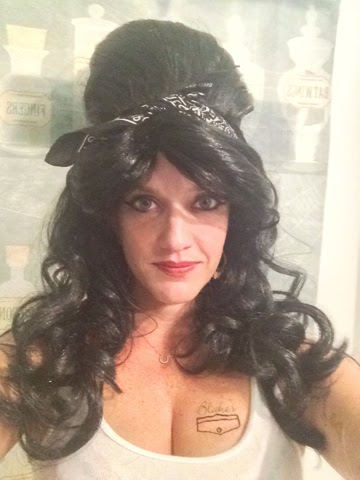 Five minutes after I left the house, I got pulled over...as Amy Winehouse.

"Sir, do you mind if I ask what is going on?" I asked, since I knew for a fact I was going under the speed limit and he was offering no clues.

"You made a very illegal U-turn," he said, because I guess there are degrees of legality when it comes to traffic infractions.

"Seriously? Back there? I honestly didn't realize and I've lived here forever."

"Hmm. Sorry about that. Okay, well, here's my license, insurance, registration and I think my beach parking permit is still clipped on there...ha ha ha, probably don't need that, just goes to show how long it's been since I've --"

"What are you up to tonight?" he said, staring at me, critically.

"Who are you supposed to be?" He was obviously not amused.

"Amy Winehouse. It's not the best character to get pulled over as, is it?"

"Yeah, could have chosen better."

He ambled back to his car...and sat there for 30 minutes. In that time, I convinced myself he was calling for back up and I was going to jail, despite the fact that I don't think "very illegal U-turns" are even a thing but what the hell could take 30 minutes??

My wig was itchy so I took it off. I decided this WOULD happen the one time I try to leave the house to go have some fun. I felt bad for myself. I wondered if I could survive in jail. I started to cry.

"What about the party?"

"Oh stop. You're just getting a warning for the u-turn. What would Amy Winehouse do?"

(Amy Winehouse would probably do heroin, but I didn't think that was a good answer.)

He continued, "She would go to the party! You should put your wig back on and...uh...clean yourself up a little and go!"

"Well, thank you for the warning," chin trembling. "I just don't know if I can go to the party."

"Take a minute here, to, you know, get yourself together. Just be safe and go have fun."

I thanked him again and felt immense relief about my warning as he drove away. I decided that I would just feel more sorry for myself if I had to turn around and go back home. I looked in the mirror to re-adjust my wig and realized my thick black liquid eyeliner and mascara had run in dark, crazy streaks down my face just like the real Amy Winehouse.

I laughed out loud and went to the party. (I did clean up first, though, because it was scary crazy and not in a fun way.)

I then told this story all weekend long, making the entire experience worth it.

The next night, I was invited to a Dead Celebrity party (this is a total of two more parties than I'm typically invited to in a year) and the vast majority of women were either Audrey Hepburn or Amy Winehouse, which was hilarious and created instant camaraderie.

I didn't really know anyone there except for the two friends who had invited me, which I thought might be awkward but it was actually awesome. I had a great time and several people that I met said some variation of, "I can't imagine what you look like not dressed like this, I'm afraid I'll never recognize you in public," and I realized that's exactly why I was having so much fun, and I promised them I'd probably never let them recognize me in public since I was having more fun as Amy Winehouse anyway.

So it was a real rock star weekend in that exciting and yet still pathetic kind of way, minus the drugs or money or fame.
Posted by Ashley

Email ThisBlogThis!Share to TwitterShare to FacebookShare to Pinterest
Labels: Amy Winehouse and the very illegal u-turn

To be honest with you, I actually teared up at your cop altercation. Call it pregnancy nerves, call it knowing exactly how you felt, whatever. Just know that I am weak and probably would have gone home and cried and eaten the rest of the candy. Good for you. Who knew Amy could be such a good influence?

What exactly DO they do when they go back to the car? I think they tell jokes to their buddies about how upset we are when they pull us over ;)