I WILL have fun dammit! 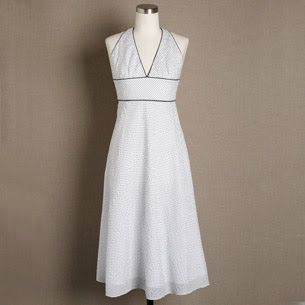 Tonight I am going to a play that one of Mr. Ashley's very creative, talented and quirky family members will be performing in.

About twice a year I have an excuse to sit in the elegant theater house downtown and almost always manage to fanagle drinks and appetizers at one of the posh restaurants nearby beforehand.

For some reason, I'm a little apprehensive about the whole thing. I should be longing for a night out, since I haven't had one with Mr. Ashley since pre-little kid (other than the Willie concert, but my parents were there, didn't count), but for some reason all I can think of is how I inevitably get bored at some point during the play and that I feel bad about asking someone else to deal with the Satan Spawn brothers.

This time, I asked LK to watch them since my mom has not been feeling well this week and I know she is well acquainted with the monsters and they're excited to go. I'm also very grateful she's willing to do it, since she was witness to the total insanity that resulted in the spanking, attempted abandonment, and the complete loss of privileges on Wednesday. She was actually offering to spank him for me. That's a good friend.

So they'll be fine, I'll have fun, everything will be just great and I'm not sure why I am dreading it. I will be wearing the dress shown above. It is lower cut than I had suspected when viewing it online so the ta-tas will be out. They don't get out much anymore since they have shamed me by losing their lovely shape and volume. Damn kids have ruined me.

Speaking of these damn kids, the Big Kid is freaking out because his internet connection won't work. He has a wireless antenna thingy (not a card) and his USB port is screwed up, but it has been working fine. Now it is telling me that it cannot assign an IP address. I have googled it, I have messed around with it, I am sick of dealing with it but he keeps coming up to me and telling me he is "just so sad. Just so, so sad." and suggesting that I just need to try again. He just told me maybe if he poops in the potty his computer will love him again. I don't want him to be sad, I want him to be entertained and learning happily on his computer and leaving me alone.

If anyone knows how to solve this problem I will find a way to post audio of him singing a super cute song he learned online AND him and I will both love you forever.
Posted by Unknown

Poor BK, I hope his computer gets fixed soon. It is probably giving him some payback for misbehaving and get it put in time out on top of the fridge. The dress is cute, have fun!! I am sure the kids will be fine for LK, don't you know that they are saints for other people, I hate it, lol.

I can totally identify with the Big Kid. When my internet doesn't work, it makes me so, so sad, too.

Have fun tonight! Any night without the kids is a good night, no?

Just so everyone knows, your ta-tas looked great tonight & that dress looked too cute on you.
Ummm...I swear I AM watching your kids as well as reading your blog right now. Everything's going fine of course..Little Kid is in love with the 13 yr old (Thank God since Big Kid & his girlfriend are totally shunning him) & we're all about to go jump on the bed. Have fun!!!

Well since I totally want you to love me - I'll give the Geek Squad thing a try - have you tried plugging the wireless router into another computer to make sure it isn't the router? Barring that, you need to try resetting your main router. Unplug the main internet connection that goes into your main router and leave it out for 20 seconds or so and then plug it back in. If that doesn't work, ummmm get the BK a new computer so he isn't sad...so sad...and God knows we don't want him fwustwated again. :D