What a magical night!

-I've commented before about people wearing jeans and Home Depot shirts to the Philharmonic. Not appropriate. However, dressing like a fucking hooker is also not appropriate. My slightly snug and short dress looked like Mormon-wear compared to some of the get ups I saw around there. I wasn't even in the top 10 for Sluttiest dress.

-Philharmonic, you make a lot of money. Last night's tickets cost as much as admission to Disney World. You know what? That was fine, my child was just as excited and it was as magical to us as Disney is. However, I'm going to have to call shenanigans on making me purchase an $8 "Souvenir" booster seat so that my child could see the stage. You're the freaking Philharmonic--have a couple of boosters on hand.

It was a great night though. As soon as we got in the car, Big Kid kept saying "I can't beweive tonight is da night! We're gonna see da Nutcracker, it's gonna be so special! I'm gonna see da orchestwa, I dest can't wait!"

I did manage to traumatize him for life before the show even began. I forgot my sacred vow...never to let any living being see me in my Spanx. Poor Big Kid saw something he will probably never unsee. We were in the same stall, I had to go and as I lifted my dress his eyes grew wide and he whispered, "Why you got shorts on? You wore a dwess and shorts??"

"Uh, yeah. These are my underwear." His eyes grew wider at this revelation and he stood there quietly.

Then, it was time to get them back up. I began to do the Spanx shimmy and squat and as I started to roll them back up to boob level, he said, " I'm dest gettin' embawassed now. I'm feelin' a little bit embawassed," and averted his eyes. After LMAO, I assured him that I was a little embarrassed too and that I was sorry he had to see that.

Then the show started and we were immersed in the magic. Big Kid sat on the edge of his $8 Souvenir Booster and watched eagerly. He was a little disappointed that the ballet took up the whole stage and couldn't for the life of him figure out why the orchestra was being hidden in the orchestra pit, and spent a lot of the show determining what sounds were what instrument while I dreamed of being a ballerina. 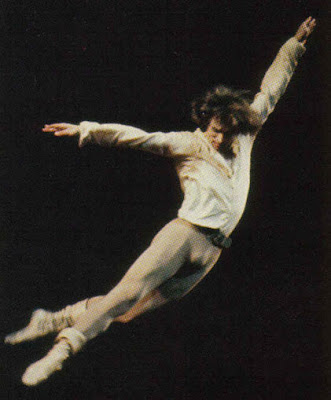 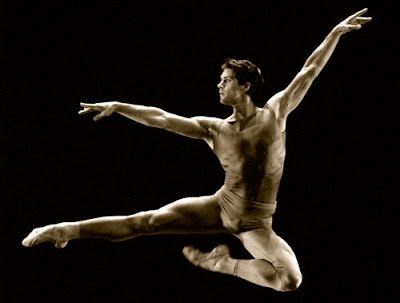 And if I was a ballerina, I'd smack this ass every day: 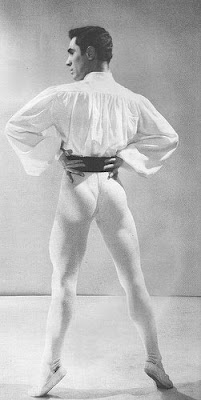 and if that's wrong, I don't want to be right.
For the sake of my marriage and my criminal record, I probably shouldn't become a ballerina. I WILL be buying some ruffled panties though. No harm in some ruffled panties. And maybe a tutu, but I know that's a little weird.

Big Kid fell asleep about midway through the second act, although he did pop up, eyes closed, mouth still hanging open, to applaud at one point. I tried to wake him up before the very end, where the children actually fly away in the sleigh but he was O-U-T.
We managed to top the night off with some late night Steak N' Shake where my Spanx tried to tell me I'm getting too fat and I tried to tell them to shut the hell up and let me eat my fries and my hot fudge and caramel milkshake in peace.
All in all, a great night. Other than the lifelong traumatization of poor Big Kid regarding women's undergarments, it was wonderful. He woke up this morning talking about how it snowed on stage....probably the closest he'll get to real snow all season.
FYI...I spent a disproportionate amount of my Sunday morning searching for an ass picture of a boy ballerina, so you better like it.

Email ThisBlogThis!Share to TwitterShare to FacebookShare to Pinterest
Labels: I did

Being that M is in our local ballet theater's production of The Nutcracker, I can totally tell you what the boys wear under their tights.

But then I'd have to kill you. It is a vast ballet secret ya know. :)

Great post Ashley...sounds like you and your little man had a wonderful time. The second act of the Nutcracker is kind of boring anyway so I can't blame him for falling asleep.

The Spanx thing is hilarious and I'm really sorry BK had to see it but it might prepare him for disappointment when he gets older after all.

The "boys" are so much nicer to look at from the back.

Come to find out, it was his ballerina fetish. And, who knew there was such a thing :)

That's why you need the Spanx with the hole! Because those babies don't come down until the end of the night-at least on me. It just takes to damn long...

OMG, love the spanx story! The whole family was asking what I was laughing at...I didn't tell them though.

but how great he was so into the performance!

I remember the whole family going to see it on Christmas eve for years, when I was little

You.Are.Ridiculously.Funny!! The visual of big kid "gettin' embawassed" brought tears to my eyes. I thank you and Big Kid (and little kid) for always making me laugh!

It snowed a little today in Indy. Please let Big Kid know he is not missing anything. It's much too cold and I would rather live in Florida during the hottest summer than endure another winter in Indy.

That ass does beg to be spanked. Steak N Shake! Holy hell I just had a flashback. I haven't eaten there in years and before that lots of years. I had a toy Steak N Shake 18-wheeler that I used to play with all the time. Memories.

I will be taking my daughter next year to see this, it is here this year but I want her to be a bit older.

I about peed my pants reading about the bathroom/spanx issue :)

WOW... and I was thinking of getting some spandex for I dress I want might skip it now And I totally agree that people don't know what to weat, it's kinda frustrating that people just don't dress up or don't dress

Have you ever seen the musical Cats on stage? I spent the entire show assessing which cats were male and which were female by the size of their "packages". Men in tights are muy distracting.

They wear a dance belt, like this one- http://www.capeziodanceeu.com/images/items/large/G0000026_1.jpg

OMG, I think we can find those dang WMD's Bush keeps taking about in that guys tights in pic#1.

I just cracked up out loud by myself for about 15 minutes at this post...You wore a dwess and shorts?? Hahahaha...love it!

I just spit Diet Coke all over my laptop! The SPANX episode is HILARIOUS. Big Kid sounds so freakin' cute...