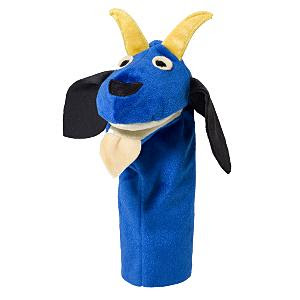 It has been a looooooooooong day. The kids were both highly annoying today. The Big Kid sang some song alllllllll day long. Not really a song even, one line, "We can read a book, we can read a book" probably 800 times. It wasn't that he wanted to read a book either, it's something he saw on t.v. that got stuck in his head. He also had the Baby Einstein goat puppet on his hand for most of the day and forced me to address it when speaking to him. I even had to provide lunch for the goat. The goat stole my dishtowel and spanked me. The little kid was overtired and needy and screeching a lot. At one point I decided that either that kids are crazy or I am (and personally, I think it's the kids. Hello, the goat? The tantrums? The Big Kid clearly has multiple personalities. The little kid has several symptoms of manic depressive disorder and possibly even possession. No, I'm not the crazy one). It was a lot like a bad acid trip.
I was marginally productive today, but I've spent more time hiding in the bathroom reading "The Doctor's Wife" by Elizabeth Brundage than doing anything that would really benefit anyone. I've almost finished it and if I wasn't so tired I'd be done by tonight. It's not the sort of book I would've bought for myself, it was in a pile given to me and I wasn't even going to read it next but I picked it up and got sucked right in. Some of it is a little far fetched but it is well written and suspenseful.
I also made breakfast for dinner, and I made a pan of brownies, and I ate half a pan of brownies, and I shopped online for a new t.v., and I took a bath, and read some more, and had a glass of wine. And now I'm going to bed. So I would say that in all honesty, I was more than marginally productive. Brownies? That was so domestic of me.

(I really just wanted an excuse to make out with my whisk. I love batter. Screw Salmonella.)
Posted by Unknown

Email ThisBlogThis!Share to TwitterShare to FacebookShare to Pinterest
Labels: I will drop kick that fucking goat

I have added the Dr's Wife to my shopping basket at Amazon taking my total to $281 not counting the $100's of $ of stuff I NEED that I have saved for later. Rather than making me sad I have decided to view this as a positive. Look at all the money I didn't spend just because I hate to pay late fees to the public library that gives me free books. le sigh.

holy crap. I hate that goat. Send him to the dumpster. Immediately.

did you send the goat to time out??

Too funny. I love your kids' baaaaad stuffed animals. And from another brownie batter addict, I don't feel so guilty eating "No Pudge" brownie batter because you just mix vanilla yogurt with the box of mix- no Salmonella... not that it has ever stopped me before!