To the Socially Challenged,

Hey? What's up? Was there a convention in my area yesterday? You all were everywhere and although you didn't seem to know each other, it's always tough to tell with your type.

Look, I don't expect everyone to have charisma or be interesting. I know everyone isn't outgoing, no problem with shy people. It's those of you who seem to utterly lack common sense that get my goat (Goat is still on top of the fridge, by the way).

Remember me now? I was the one shaking my head and glaring at you. I was the one asking the two three year olds I had with me who could shriek the loudest and kick sand the highest. I was the one who would have been introducing you to Outkast on high volume, if only the boom box's batteries hadn't failed me. We were the ones who moved our crap, beach canopy, 10 million beach toys, coolers, snack bags, the EMFLTB and 4 children, ages 13 to 9 months old, further down upon realizing you were indeed going to put your stuff close enough for me to hear you breathing. (And your boat name is stupid too by the way, "My Buddy"? That's so dumb. It's a real reflection of your creative ability.)

I thought that was really weird, to run into people who would have no concept of personal space and who would have a desire to sit so close to two families with so many children. I wondered why you came to a deserted island if you wanted to sit close enough for me to see the sun glint off of your arm hair.

But then....then another boat pulled up right in between our two boats. A boat with two families and an endless number of children, it was like the aquatic version of a clown car, they just kept coming. I watched in disbelief as they unloaded their crap RIGHT WHERE WE HAD JUST MOVED FROM. 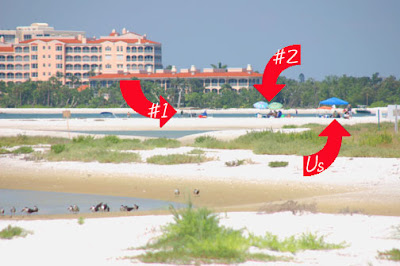 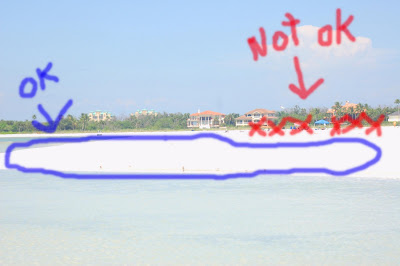 I have included photos, so that you can witness your gross misjudgment and the blatant breach in beach etiquette, in the hope that it may help you make a better decision next time. Because as Oprah says, "When you know better, you do better."
I do have to say, I find it hard to believe that you think I wanted to hear how long you pushed with each child and I was more than a little annoyed when your stupid ass kids woke up the little kid....three different times. But whatever, let's just agree that you'll try harder not to be an asshole next time.
Luckily, we were able to salvage our day (but you did annoy me terribly.) I have included a photo as evidence of the fun we did have, once *we* walked over to the area you should have gone to in the first place. 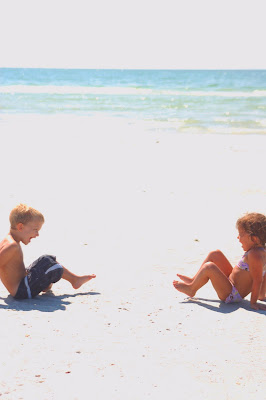 On our way home we got adventurous and decided to pull up to Joe's Crab Shack for dinner and dock the boat and eat outdoors while the kids played on the playground there. It seemed like there was some staring, but that could have been A.) Because our kids are so cute B.) Because they were wearing their bathing suits C.) Because we had arrived via boat and this is fairly unusual for some reason. So I'm not going to necessarily count that as social retardation, but I'm also not going to rule it out. Staring is rude, let's clear that up here and now.

But, oh how we laughed to see you again, coming around the bend with "My Buddy". I got my camera ready, unable to believe my good luck when you waved your hand enthusiastically, like the total dork that you are. 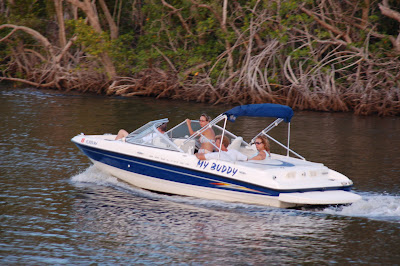 Good God people, get a clue. We were clearly not, and will never be, buddies. But that's the problem with those of you who lack social grace. You lack the intelligence and perception to realize that you're annoying.
I know I have to deal with you folks, unfortunately you types are a fact of life. I hope this letter has provided some insight and has taught you some things, so our interactions can flow more smoothly and so you don't screw up any more of my beach days.

See ya, wouldn't want to be ya. 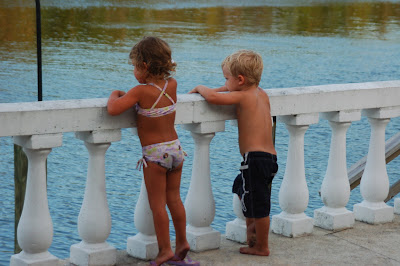 This is why the "because they needed killin'" defense should still be valid. Why oh why are there people in the world who feel the need to screw around with our personal family time? I think your public shaming of them was more than fair.

The Oprah quote cracked me up...well, the whole post did, but that was the kicker!

You know I can't agree more with you here. And I'm all about the stink eye and ugly glares over at the other people.

That is super annoying. Reminds me of when I park in the middle of nowhere, at least 4 spaces from the nearest car, so that I can fully open my doors to get my brood ande junk out of our car with ease, and then some loser pulls in right next to me. On (or slightly over) the line, of course.

I agree with me me me, there are always people who park in the spot next to me, about 10 inches from my car (so I have to get in from the passenger side???) while we are about 50 spaces away from the nearest car.

I do think that your kids are incredibly gosh darn cute though!

Stink eye for their social faux pas for certain. Please tell me that is the photography angle-not an actual mullet being sported by one of the passengers of the speed boat.

Why do people who are NOT our friends..try to be..this person's day job was probably in shoe sales at Nordstrom. QM

Sometimes your blogs make me laugh so hard, I can barely breathe.