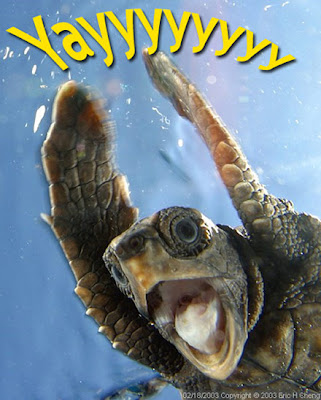 It's Friday, Friday, let's go get high day!
Nooooo, the honorable Moose A. Moose would never say that, but I'd watch Noggin a little more if he did. He could use some street cred. I was actually thinking about starting to do Meth. I hear it makes you feel awake and good and like cleaning your house and makes you thin. Unfortunately, I don't have dental insurance and I also hear it rots your teeth out. The whole scabby face thing would also be a real bummer. I guess breastfeeding would be out of the question, as well. I also don't know anyone who does it or where one would go to get it. It looks like I'm just going to have to suffer through life (mostly) sober. Damn it.

I have been plotting with some prescription savvy friends about what it would take to get some medically approved uppers. Narcolepsy seems to be the key. I do fall asleep a lot....but in all honesty, my chances of getting a script don't seem good. Mostly because I dislike doctors and try not to go unless I'm dying (I survived the moldy bread incident, mostly unscathed, in case you were worried). Someone suggested going to bed before 2am, but really....wouldn't it be easier to convince a doctor I have a rare condition and just get some drugs?? Between 10 and 2 is my kid-free time and that's really non-negotiable. Damn it.

Speaking of breastfeeding (awkward segue, I just don't care that much), Mr. Ashley wants me to close down the Titty Bar. I've been doing it for 9 months now and the Grand Plan is to go for a year. I guess he's sick of sharing (there's really been no sharing, little kid is king these days) and is a little weirded out by seeing the little kid crawl across the bed, pull down my comforter, get my breast out and begin eating, but self feeding really is the easiest way, right ?
I love breastfeeding, here is why:
So there you have it. I think I'm going to continue on with it for now. I will be a martyr and stay off of meth and prescription medications, ignore Mr. Ashley's wishes (although I feel for him, really I do) and continue breastfeeding for the good of myself, I mean my child. I did start feeding the big kid poison, oh I mean formula, at 6 months and he's fine. Well mostly fine. He's begging me to make him a water xylophone right now and I think I'm going to be a cool mom and go do it. I've really been pretty worthless today.
Posted by Unknown

Email ThisBlogThis!Share to TwitterShare to FacebookShare to Pinterest
Labels: The Titty Bar is open...24/7

I have to say, once again, I totally agree with you.
My other half doesn't really care either way but jokes around that I will continue to breasfeed long into Trevor's teens.
I just love it.. for all of your reasons and more and I am in no way ready to give it up.
I will start to wean at 12 months but were (I'm) letting Trevor decide when it's time, but no longer than 2... or 12, who knows.
Is that creepy?