Mama's Got a Brand New Bag

So I'm sitting here stuffing my fat face full of a Twinkie and fretting over being in my bathing suit at the pool party with the cool moms tomorrow. I can't even taste the Twinkie because my nose is so stuffy and honestly, I don't even like Twinkies that much. Even the texture is grossing me out. What the hell is my problem? 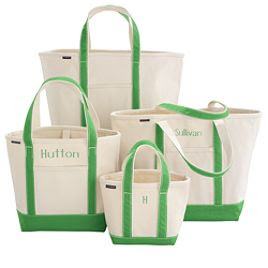 I was also wishing I had one bag to carry all of my towels, sunblock, change of clothes, snack, etc. so that I don't look like a freaking hobo schlepping all of my stuff to the pool, so I bought myself the Extra Large Lands End Open Top Tote and had it monogrammed. I deserved some retail therapy since I am sick of being sick and I had to clean the house all day (I did get on the computer too much though, I cannot tell a lie). It felt so good that I cruised on over to Bath and Body Works for their big sale (ends Wednesday) and bought myself new bath stuff, because I am running low (and because it feels good to buy stuff). I got 5 shower gels and 2 lip glosses for $26.14. I can't even feel bad about that, especially since I spend hours and hours each week in the bath tub. 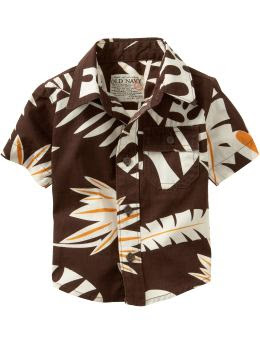 I also have $46 worth of stuff in my Old Navy cart on another Internet Explorer tab. Matching chocolate brown polos for the boys, cargo shorts for the big kid and this adorable leaf print shirt for the little one. It's just too cute to pass up and totally his style. He has a real Cuban pimp thing going. Just add a wife beater tank top, a few gold chains, a fedora and some baggy khaki shorts and he's livin' large.

So all in all, it's been a great day as far as shopping goes. The rest of it pretty much sucked, but it is almost over! Tomorrow I'll be lounging by the pool next to freaks of nature that had babies 6 weeks ago and are back in bikinis (more than one, I'm not even kidding. Fucking freaks).

Anyhoo, I promised you purses and purses you shall get. 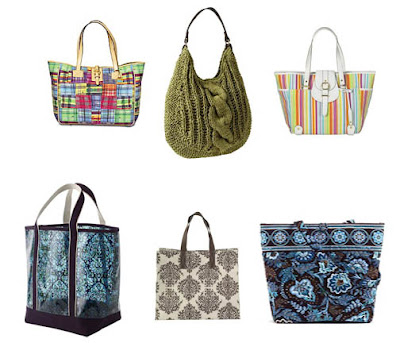 Dooney and Bourke Madras tote I've never really liked Dooney & Bourke since ducks aren't my thing and I couldn't care less about their little colored Ds & Bs, but this is cute. $195 cute? Not for me, but maybe for you.

Cable Knit Straw Hobo Bag $20 I love Old Navy. Sure their stuff doesn't always last as long, but between the hellions and myself, it's bound to get torn up quickly anyway. This way I'm just not as pissed off when it does.

Isaac Mizrahi Striped Tote $30 Don't get me wrong, I'm glad he does it but tell me again why I would pay insane amounts of money for stuff designed by a guy who designs very similar stuff for Target for cheap? I'll stick with Tar-zhay, because I'm classy like that.
Beach Living Tote $49 I really like this for a beach bag. It was runner up in my quest for retail relief today, but I just couldn't see Mr. Ashley carrying it to the boat and back (although he says he won't carry the Lands End tote either, he'd be wrong about that).

Patrick Robinson Medallion Tote $30. I don't know who the hell Patrick Robinson is, but you can get this at Tar-zhay too. We're having a bit of a perspective issue here, this bag is larger than it may appear.

Vera Bradley Java Blue Tote $44. I swore I would never wear Vera Bradley bags. They have been popular with the blue-hairs that run rampant in S. Florida and have been for quite a while now. I did fall in love with the Java Blue line though and while I was falling, I saw some other things I liked too, so maybe I'm over that now. Or maybe I'm old. That's definitely a possibility.
$44 seems like a bargain though, I do like that.

So there we have it. Please note all purses are big, so as to hold diapees and wipees case, wallet, a snack, your cell phone and charger, a baby sock, a happy meal toy, 229 receipts, Spiderman tattoos, hand sanitizer, a pacifier with purse lint on it, that bill that was supposed to get sent out and 3 cheetos.
Posted by Unknown

All I have to say is Holy shit...
that's totally what's in my bag right now.. or damn close anyway..

I feel better knowing it's a Mom thing, not just me :)
Thanks.

I think I am falling in love with you..

Falling? I had you at hello.

I don't know if it is a mom thing or a total slob thing, since I'm a little of both.

There you go Traci, if Monogram Momma has that junk in her purse it must be the mom in us and not the slob in us creating it. Yay!!

Kate Spade almost made the list, but she doesn't seem as colorful this season. I still love her though...and I bet her purse is a mess too.

I need to swap the happy meal toy for a rubber ducky and the 229 receipts for a "Music Together" song book. Otherwise, we're solid.

I can't belief that I know who Mr. Robinson is and you do not...he is the designer for Guess and his line at Big Red is very Greek inspired and I love it but can't really pull off that wispy white sand look (it makes me look excentric/homeless). However I love the bag. I think you have wonderful taste.

I know what will go in my Old Navy shopping cart. FYI, they also have little terry cloth hoodies that would be so cute on the boat.