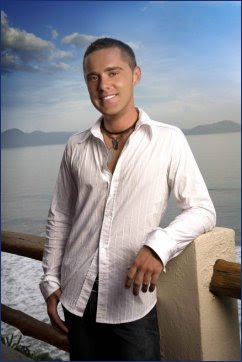 I know a lot of you are hooked on this show. I was just getting ready to do a post about the guys on this show and the guys on Make Me a Supermodel and came across this article that says that Nate killed himself (eta: actually THIS article says it) October 12. The show wrapped up in late September.

I really like him in the show, although he does seem quiet and withdrawn and a little moody. I hadn't heard anything about this, so just thought I'd pass it along. I figured it probably wouldn't be appropriate in a "hot or not" sort of context, because I'm sensitive and tactful like that, so it gets it's own post.

That's some crazy shit. I'll definitely watch the show in a different way now that I know.

ETA: PH2 is on Mondays at 1am Eastern on Fox Reality Television, which works for me because I'm always up, but totally ticks Mr. Ashley off because he never catches it. I think he's figured out to tivo it for next week but he has just recently admitted to wanting to watch it (really bad...especially once I mentioned that it was a little porn-ish....hmmmm)

WATCH IT SO WE CAN DISCUSS.
Posted by Unknown

I heard about this last week, I was actually going to comment on it when you mentioned the show on the Not a Co-Sleeper post. Anyway, I kind of expected them to pull the show once it was declared that he did committ suicide, rather than it being an accidental death. Since they didn't pull it, and I'm still watching, I feel really sad when I see him on the show. I felt really bad when they talked about him being kind of an outcast. Sad.

Ok, I am confused, that story you linked said he died from an unspecified climbing accident. Did i miss where it said he committed suicide? I've never seen the show so have no clue who he is but didn't see the suicide thing.

when is this show on and what channel? I watched the first paradise hotel a few years ago and didn't know they were doing another one. I loved it. That is very sad about this guy.

I actually went to college with Nate- and he was a really good guy. His death was a tragic accident, and I am not sure that it was actually ruled a suicide. I do know that he fell from a some sort of structure while he was driving from IL to AZ. Just thought I would share a little of what I know about Nate.
On another note- I think you are absolutely hilarious! Thanks for keeping me entertained during the day!

I wondered if they edited it different since he died so he wasn't one of the main people? He does seem really quiet, but I loved it when he told the new guy that he should tell the girls he was sorry for being a jerk. So sad, it seems like he was a nice guy!

I know getting knocked up again by my husband is no excuse, and neither is being asleep when the street lights come on, but when is this freakin' show on??

Wow yea I will watch this differently now that I know this. I did notice how they said he was kinda a loner and kept to himself the other night on the show.

That article didn't state a suicide. I'm confused now...
I had no idea about this, though. Very sad. God, it must be hard for his family and close friends (and even the other participants of the show!) to watch this. I wonder if there are any guilty feelings amongst the other cast members about the way in which things turned out or incidents that happened.

Nate was a great guy, it was really tragic when he passed away. I think that as friends, in hindsight, we all saw the signs. That makes it worse. We miss him every day. He was an incredibly intelligent, smart, and wonderful man.