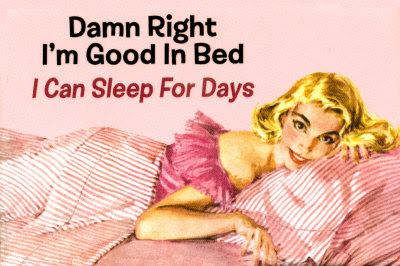 Well, what a fun day!! Probably not for you all since you were yelled at, but it was fun for me! All of these comments and compliments and a nap and a shower with a Wen deep conditioning. I even shaved my legs (it was getting pretty ridiculous, I probably could have french braided them and I don't even know how to french braid)

I want to clear up a few things around here though. Don't worry, I won't yell.

1. The chances of me tracking you down, or even noticing you, are slim to none. Out of the hundreds of thousands of people who have been in the closet...I've tracked down one and it took A LOT before I could even be bothered.

Truth is, Statcounter is a nightmare to read when you have a lot of traffic. It would involve a ton of detective work to figure out who anyone is, what they're doing, how often they're visiting, anything. I check my daily numbers, the first page of "recent came from" and my google keyword analysis, just for kicks. You don't even want to KNOW what kind of weirdos we've been attracting since the Beav post.

2. I am not going to be mean to you unless you are a real a-hole. It takes A LOT. So as long as you don't leave 30 comments telling me I'm a waste of flesh, we're probably fine. You're even entitled to your own opinion (just watch how you state it).

3. The copyright issue...people, some of you are so honest that it hurts me. The copyright post was really directed at one particular person who I was having a specific issue with. Unless you are posting photographs of my children or passing my brilliance off as your own...I'm not going to sue you.

If you are emailing something to a friend, taking a funny graphic for a forum signature, quoting me somewhere...that's fine! More than fine, it is fanfreakintastic.

Once again, the time and effort that comes with tracking you down would not be worth it 98% of the time...that other 2%--watch out!

4. I don't know where the girl in the green dress on the yacht got the dress or the bag. Perhaps Catfish can go on a secret mission for us and try to get some info. We can't just come right and ask because she might not be so thrilled about seeing herself described as silicone/restylane/human hair enhanced. I can promise you that both were hella-expensive.

5. As long as you're commenting (and not trolling), I don't care about your grammar or punctuation or capitalization. If you are a commenter, these small errors become endearing quirks.

6. I SUCK about reading other people's blogs. I was really on a roll but lately I feel scattered and ADD-like and it is just hard to keep track. If you are holding back on commenting until I comment on your blog...it could be a while. LOL.

Let AFRo (By the way, I know if I was a good Blogger I would link people when I mention them, but then I'd be less likely to mention any of you because of the work involved) be an example to you. She showed up here maybe a month ago, started leaving comments, being funny and friendly and sure enough I went over there and not only commented but added her to my blog roll.

So sometimes you have to make the first move in a major way. I know that's annoying, I really do.

7. My dad nicknamed Catfish Catfish when we were little because "she was all mouth". She still is. I almost NEVER hear him use her actual name. We are and will always be Catfish & Rat.

8. My mom does know about the blog now. She was shocked, but in a good way. I will have to share my revelation email with you because it is the weirdest email I've ever written. She really didn't know before (and this is further proof that I'm not tracking anyone down...instead of figuring out myself if she has visited, I waited for a year and just asked her)

9. To whomever was not impressed with my jealousy of Dooce...you might not want to start digging through the archives. There will probably be a lot that won't impress you. ;-)

ACTUALLY, me admitting jealousy of Dooce is a ginormous compliment since my usual modus operandi is to pretend I don't know someone exists and/or insist that they are jealous of me.

I'm human damnit and I want her job, especially if she's barely doing it these days.

Stick around anyway, I promise that you'll either love me or love to hate me and either one is fun.
Posted by Unknown

Email ThisBlogThis!Share to TwitterShare to FacebookShare to Pinterest
Labels: Keep up the good work

Sorry...I always think it is really silly when people do that...irresistible, honestly.

LOVE your blog...I have a LK, too. I feel like I live with a tornado. LK and BK are too fun!

You are friggin awesome and I may have found my first "crush." This is all new to me, but it seems to be the right description because I effin LOVE you! (Not in a creepy kind of way either... I swear.)

Hey - good post. I'm a recent visitor and was a little taken aback with your yelling-at-us post earlier today. Huh. I had no idea comments really mattered to the blog author, as naive as that may sound, and frankly you scared me just a teeny bit. Anyway, this post was great and totally won me back. You're pretty damn funny, and not to be a kiss-ass or anything, but I've checked out Dooce several times and I just don't get why everyone's so enamored of her. Although (grin), she's never yelled at me.

I love your blog. I wish I could be as honest as you about life. Tell me how you do it...give me your magic formula.

I have to admit that I had to see what the draw was with Dooce. I have to admit, I wasn't impressed. I love that you post multiple times a day and it is always entertaining.

Like any good mother, you did follow through with your threat. (Even if you only tracked down one person). We know that the ability is there and we are scared we will be next...No more wire hangers , Mommy.

I refuse to see why people are entertained by Dooce. I do not have time for another blog. Now, I guess you could take that as a threat that you need to continue on your posting-spree. We go back down to one post a day and I may get bored. :)

I always wondered how Catfish got her name.

I only comment if I have something to say. Don't trust Statcounter, it shows me living in Brinktown, which is over 100 miles from where I really live. I enjoy your blog. I don't enjoy Dooce. I don't expect you to read my blog.

Have a good day.

im sew glad u dont care about grammer or those marks that u use when u like end a sentince and stuff.

(HA! Gotcha. Tell me you didn't cringe a little.)

Sitting at work at 8:45am. Commenting first on your blog. Before I even right my first post on BBC or my own blog. Feel special Ashley.

Damn it. I said feel special!

I have been a lurker here for ahwile and wanted to tell you I love your blog! You even inspired me to write one. Thanks for that.

I don't get "Dooce" either. I'd never even heard of IT until you mentioned it. :-P

I will say, though, that you have inspired me to start my own blog, however, there is no way I will ever write the quality stuff that you write. EVER.

I was catching up, and now see that obviously, you are aware of Dooce.
Sorry 'bout that.

I wasn't that impressed with Dooce either (like someone above me commented), but you on the other hand have kept me enthralled. I'm sure the manisha thing had something to do with that... :o) drama is always good for the blog.

I haven't evenlogged in to any of my boards yet - urluvd ;)

Ashley's Mom - we would love to hear some embarrassing stories! ;)

I wondered if Catfish was a real nickname or just something you called her because you didn't want to use her real name. It's such a cool nickname!

Regarding the "green dress and bag" if you all are referring to the Marc Jacobs bag...it's a shopping bag that you get when you buy stuff at the Marc Jacobs store ;) If you are talking about a different bag, let me know. I'm not sure about the dress, I'll find out :) going to her place for my bday dinner tonight. XOXO

LMFAO...I'm going to bet they're all asking about the awesome skull and crossbones bag.

Go have another cup of coffee...

So you and MOH are socializing again?

PS-About the grammar thing, Ashley won't hate you if you aren't an immaculate speller and punctuation expert. I'm FAR FAR FAR from it, I've been a "creative" writer and speller my whole life and she still talks to me :)

I for one have never heard of or read "Dooce's" blog, and if you keep up with the multiple posts a day I promise you I won't because I don't have the time or energy I have to invest it where it is most appreciated and that is here since you are the "Attention loving, Weiner Gobbling" Ashley.

Keep it up I need it to keep me from going crazy, a girl can only clean up so much vomit.

Boy am I glad I don't have to have good grammer, perfect spelling and be funny to comment! I was really starting to sweat it!

So, did Catfish get the scoop on the goods for us?
;-)