Part Two: An Afternoon on the Yacht 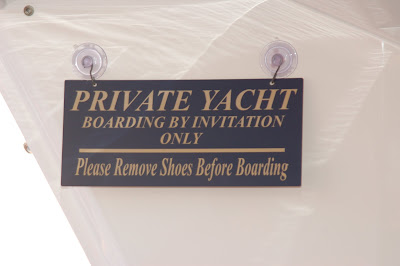 So we (reluctantly) left The Standard and headed for the marina. Although we were already running late, we decided that a quick stop back to the condo for some make up and a bottle of champagne was essential. We made it quick and still ended up arriving around the same time as everyone else, so no harm there.

We walked down the dock and found our boat: 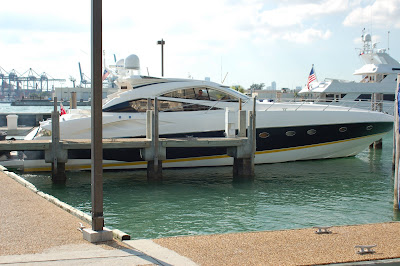 Not too shabby. All of a sudden, leaving The Standard to go boating didn't seem like such a dumb idea after all.

We were greeted by The Captain, an adorable guy who introduced himself as Ashley. We all joked about having two Ashleys on the boat and surreptitiously raised our eyebrows at each other over his cuteness. I'd love to post a picture but I think that would be weird/borderline stalkerish/inappropriate of me. He was a cutie pie though and being a captain is one of those jobs that just makes you hotter right off the bat.

The boat was beautiful. Here are some inside shots: 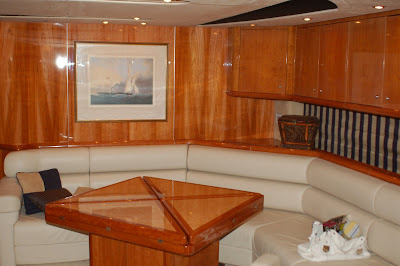 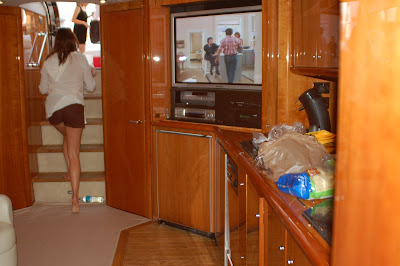 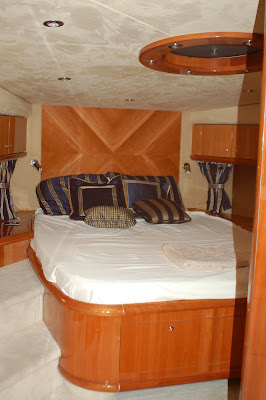 I was feeling a bit nervous and insecure because I kind of knew Catfish's Maid of Honor, but I really didn't know the rest of her crew. I had met a few of them at a bridal shower several months before and they seemed nice but it's always weird to be amongst a group of friends.

and then Catfish and I.

(Can we all give Catfish a shout out for making sure never to mention my blog to her friends so that I could write about them honestly? It was her idea. THAT is a friend of Ashley's Closet right there.)

So kind of an odd group. Even though I seem really confident and outgoing, venturing into a situation like this gets me feeling nervous. No one wants to be the odd man out and not only are they friends but they all live in Miami and don't have kids (well one of them has a kid, but I don't think she puts the same effort into it that I do) and live in a different universe than I do. I KNOW that isn't a big deal, but I'm still human.

I sucked it up and pushed myself into their conversations and was as funny and talkative as possible, and this worked. They were all nice girls and as usual, my fear was for nothing.

There were gift bags: 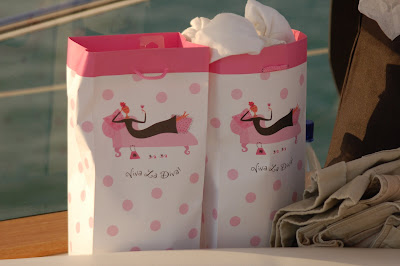 I called Mr. Ashley to check in and had the following conversation:

Mr. Ashley: Hey babe, how are you? What are you doing?

Ashley: I'm on a million dollar yacht in the middle of the Atlantic, eating stone crab claws and drinking champagne.

There was an amazing spread of food: 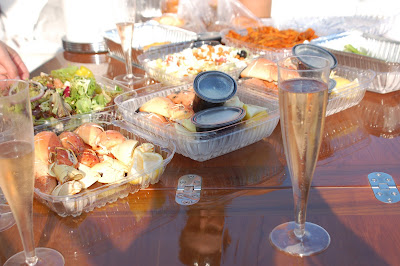 My head gets warm and floaty just thinking about all that champagne. Lots and lots.

There was also a Jean Paul Gaultier bottle that we all signed and presented to Catfish: 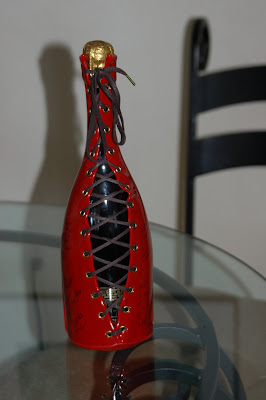 We sped off, leaving the skyline of Miami in our wake: 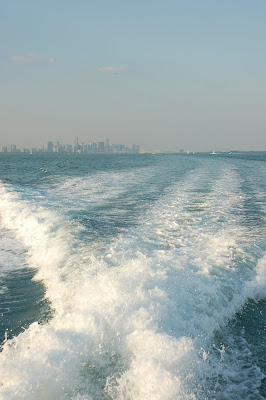 We cruised by Stiltsville...an interesting area I had never heard of. I guess way back when, people were allowed to build houses out there. Now the area has been protected, but the houses are grandfathered in for another 100 years or until they fall down, or something like that. 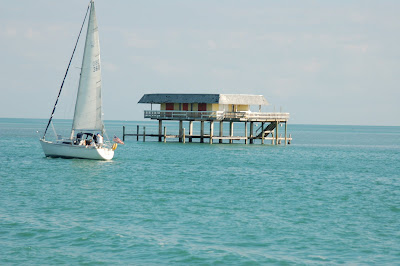 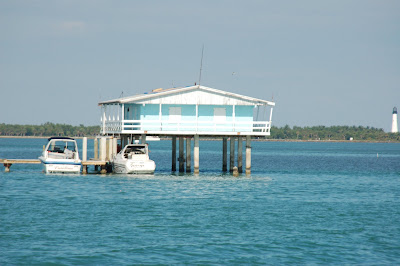 Being the total real estate dork that I am, I found it all fascinating. Imagine the parties you could have out there!! Woo-hooooooooo!

Captain Ashley killed the engine and we all floated around, enjoying the sun and chatting. We made him take pictures of us and everyone had fun playing with my camera. I joked with the captain about his mom's great taste in names and asked what his middle name was. Oddly enough, it was my brother's name!! Which isn't a common name. We all thought that was a really unique coincidence and proof that his mom really does have great taste in names.

Catfish opened a bunch of presents and we drank some more and then some more and watched an FSU game on the big screen on the boat deck. It was a beautiful day and it was so nice to be out in the sunshine, floating around in such luxury. 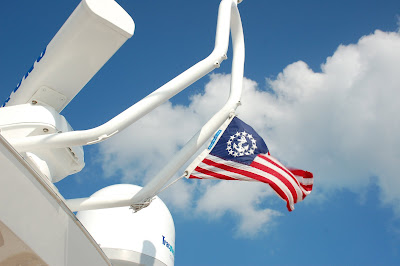 It got late too soon and we still had dinner and dancing plans, so we drained the champagne and headed back to the marina: 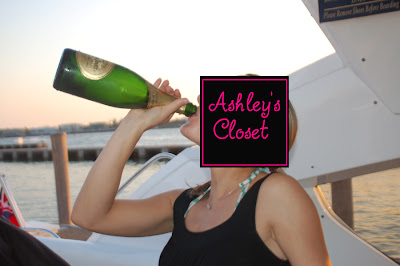 That's Catfish chugging the champagne. Klassy, huh? Captain Ashley commented that he'd never seen a girl guzzle half a bottle of champagne before and we pointed out that he obviously wasn't hanging out with the right girls. 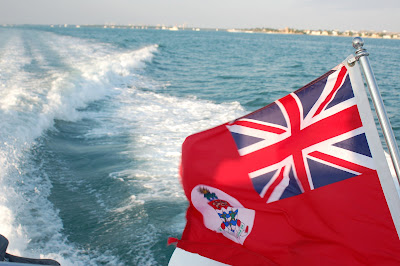 It was relatively quiet on the way back, everyone warm and fuzzy from the sun and champagne, ears buzzing with the drone of the motors, full from the feast and content with a full, fun day. 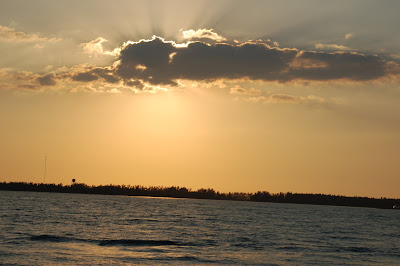 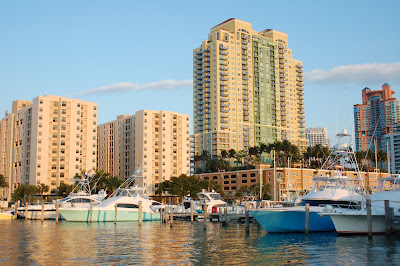 We pulled into the marina, posed for some more photos and said goodbye to Captain Ashley. 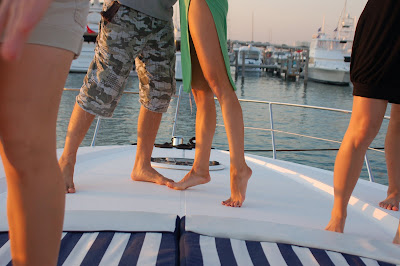 and headed down the gangplank and back onto dry land, 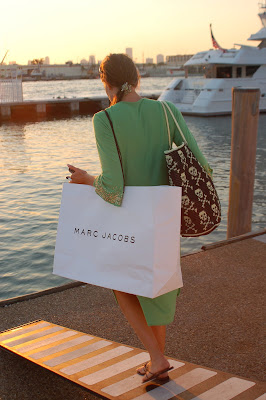 where we headed back to the condo to get ready for a night of dinner, dancing and although we didn't know it at the time...the bald beaver sighting.

Gaaaaah!! Its like on tv when they end your fav. episode! Cant wait for part 3!

Another comment. I decided to research this stiltsville. Pretty neat. There is a site to preserve it. Sign the petition! http://www.stiltsville.org/

Okay. Glad to know you for a day now! Mr. MBA Sperm Donor is sealing the deal on a job in Miami today, and I will be needing the keys to the yacht. Call me dahling! Toodles.

Holy crap who's legs are in the green dress? I can only dream of mine being so tan, so tall and so skinny.

Once again after the Spa then this you Really would have had to drag me kicking and screaming back to reality with my kids.

Not to sound all les, but someone has gorgeous legs in that second to last photo!

I can't see pics either. *sniffle*

Why can't I see photos? Is it my Firefox? Waaah!

I can't see the pictures! Dammit!

I see the the photos fine. I agree with the comments about someone's great legs. So jealous! Can't wait for part three (thank God you are not a member of the writer's guild!).

And I agree, the chick in the green dress has legs so fabulous that I hate her for them.

The Yacht, water, everything was beautiful.

Hi Denise!! I actually linked it in the first paragraph, the words The Standard are light blue.

mlatulip: it isn't firefox. do not say such things about the great fox! I can see the pics fine. Okay, now congratulations for using firefox, you tech progressive thing, you.

I agree about the great legs! I also NEED to know where she got that great skull bag!

I found your blog through the Bloggies (you got my vote, btw) and have spent the last couple days catching up. Thank God I've had the flu so I can justify all my time spent in bed reading it.

Thanks for the laughs!

Beth from the Funny Farm said...

Oh my! I found you via the bloggie page and I LOVE you!